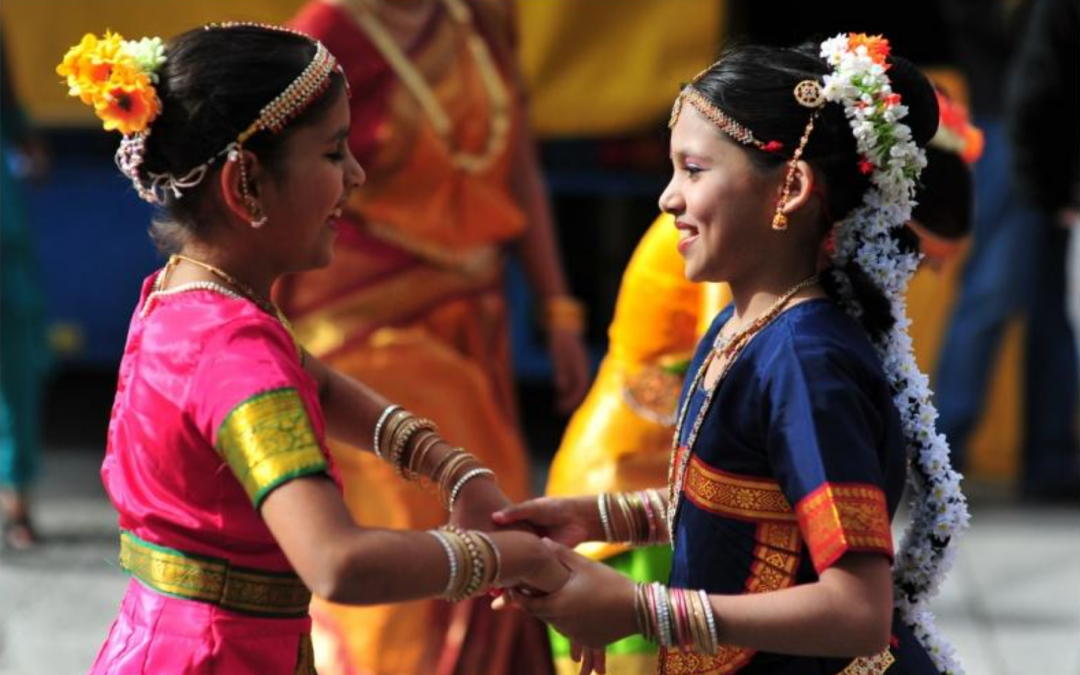 Over the last few months we have been sharing and reminiscing over some of the wonderful projects Plymouth Dance has had the pleasure of delivering. If you have missed any, do go and have a read of our reflections on some of Plymouth Dance’s schools projects, national projects and professional development projects.

Finally, let’s take a look back at the community engagement projects across Plymouth that have made a difference in people’s lives.

MELA is a term for a festival incorporating music, dance, food and other aspects of British Asian culture. In the UK there is a significant Mela movement and many towns and cities across the UK hold a Mela event including Plymouth, piloting a festival of South Asian Arts and Culture, where 183 artists performed. After great success MELA returned in 2012 and Plymouth Dance worked with schools for the MELA ‘Bollywood Dance’ mass dance project culminating in performances in city centre locations during the festival.

“Very lively occasion. It’s nice to see a blend of cultures and everybody supporting. Must have it more often” – Audience

“Exploring the culture was a real experience. The training I’ve had before was nothing compared to this. I was excited and motivated by the people we met and worked with. The background of each group was extremely varied and the enthusiasm of each person wanting to learn was awesome. It’s certainly widened my knowledge and training experiences to a new level” – ‘Bollywood Dance’ Workshop Leader 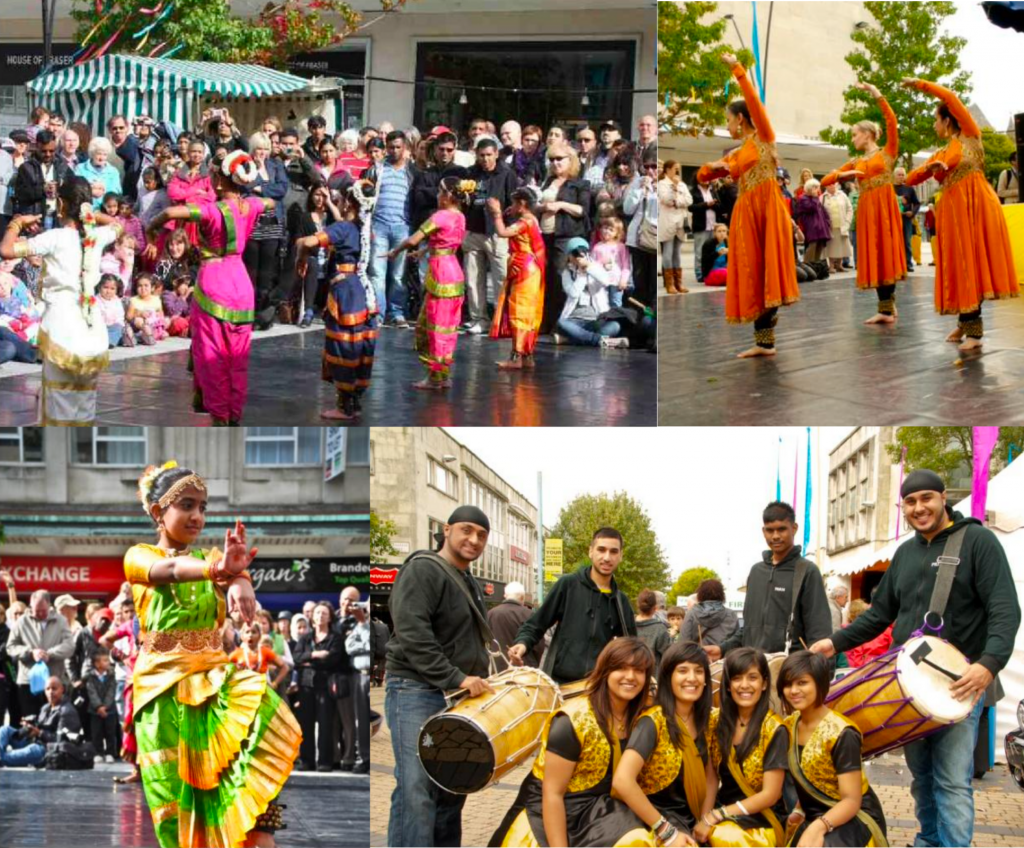 Visitors to Plymouth’s Central Park were treated to an afternoon of exciting live music and dance. On the August Bank Holiday Monday, the park sprung to life with a series of performances developed by Plymouth Dance for the final instalment of Plymouth City Council’s ‘Art in Central Park’ project; a two-year public art and engagement programme linking in with the construction of the new Plymouth Life Centre. As well as performing in the park, Plymouth Dance teamed up with local sports and dance groups to create a series of ‘Gorilla Picnics’ – where groups of young people appeared to be enjoying a picnic in the park and suddenly broke out into dance. 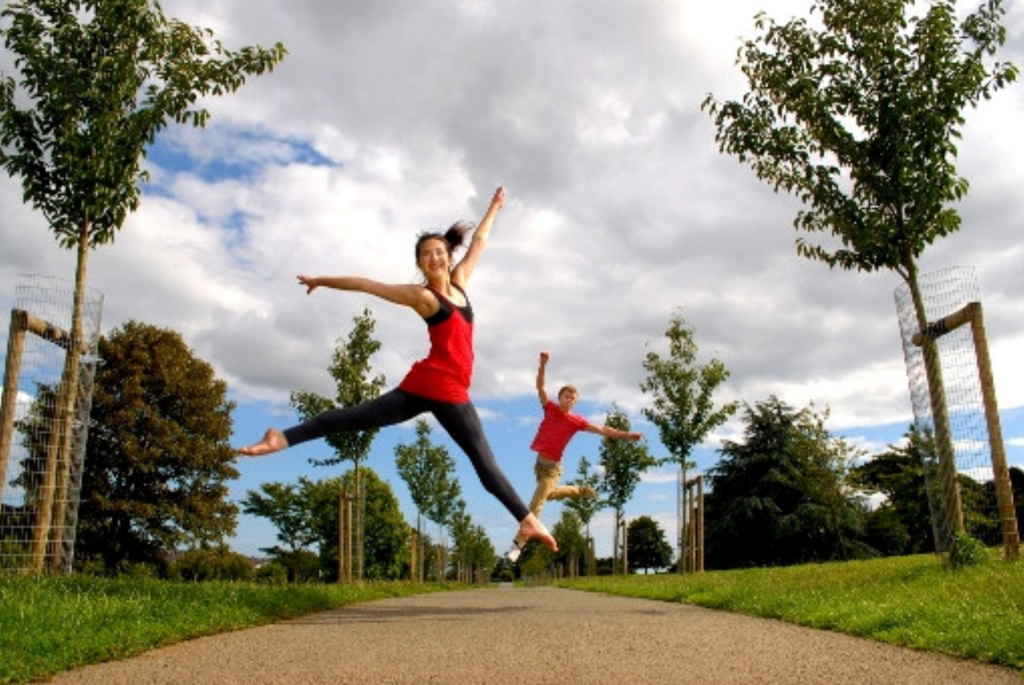 Benjamin Dunks and Jules Laville successfully delivered a 1 year dance conditioning programme for Plymouth Diving and the British Diving Team; a custom designed programme of exercises and movement practice that was incorporated into the team’s training.

The project explored how contemporary dance training techniques can be taught to elite level divers to influence their performance in the pool. Julian Bellan of British Diving identified a number of improvements being attributable to the Dance Conditioning Programme; including very clear differences in physical expression of leg extension, foot function, integration of the arms and upper body and relaxing of the shoulders.

Following on from the success of the Creepy House South West Libraries tour, Plymouth Dance was commissioned by Plymouth Central Library to provide a Creepy House Dance Party in the Autumn Half term of 2013 and then develop the project for the 2014 Summer Reading Challenge. A group of 8 to 11year olds were led by professional dancer practitioners for a one-day workshop learning and creating and then performed to an audience at the Central Library Creepy House party.

“Olivia and Becky (Dance Practitioners) were so creative with their choices in choreography, lighting and music, given the short timeframe for the project. They were fantastic with the children, keeping them engaged with a variety of different dance exercises throughout the day. The children were completely inspired by the theme. They confidently delivered an imaginative and original performance to their family and friends in the Children’s library at the end of the day.” – Young People’s Services Manager, Plymouth Libraries. 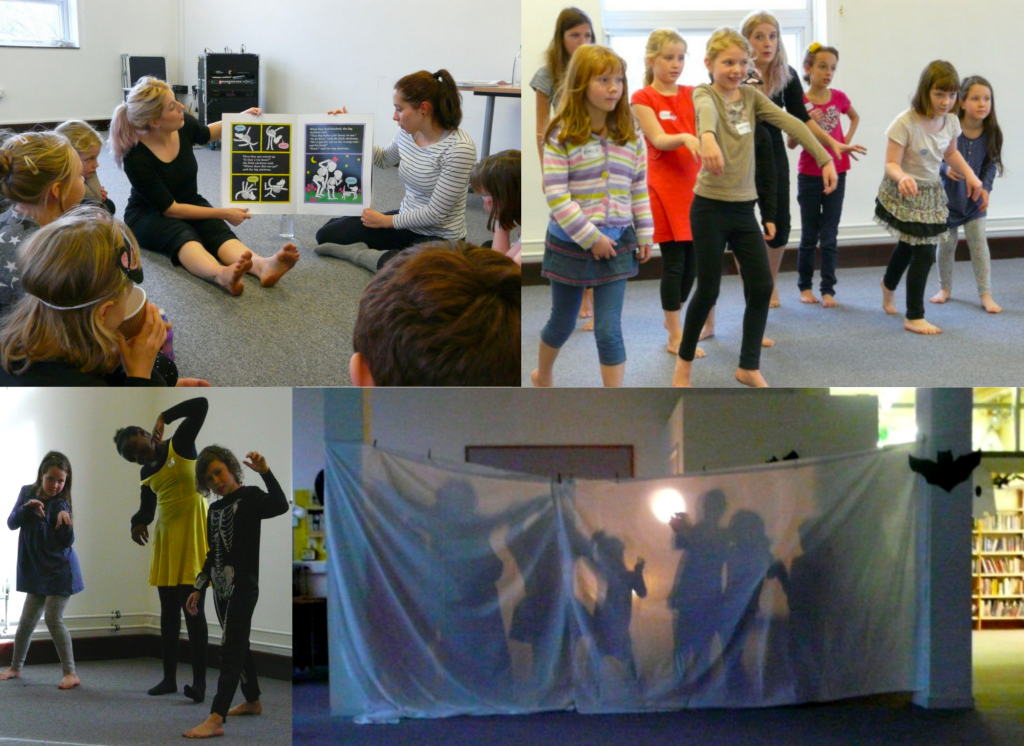 Dance for Cancer Patients was an initiative developed by Dance in Devon in partnership with Plymouth Dance and Peninsula Cancer Network. The project delivered 6 taster dance sessions to those receiving or finished their cancer treatment. The aim of the project was to promote activity in the form of dance, to cancer survivors and their partners throughout Devon and Cornwall. Five regional dance artists from Exeter, Plymouth, Torbay, Barnstaple and Marazion delivered the project. Training was led for 35 regional dance artists including 5 who then delivered the project.

“I feel more confident in my body, and not so scared of the surgery site” – Participant

“I feel all round stronger and happier” – Participant

The events have always been open to everyone and particularly made accessible to people over 50, and/or living with Autism, Dementia, Alzheimers or Parkinsons. The main events at the Guildhall provided 3 hours of dancing, socialising, music from a live band and refreshments including lovely cakes!

“There’s a smile on my face with fond memories, waltzes, jive kicks and funky chickens for the participants we’ve danced with over the 6 years who have said Tea Dances has been/is such a vital part of their life. Us too” – TDT Dance Practitioner

“It was so nice yesterday meeting up with friends from the tea dance old and new, it’s always been so much fun once a month and I’m sure a lot of people have benefitted from the dance. It’s good to see generations from the old and young coming together for the day with no boundaries, just having a fun time and enjoying themselves. I’ve been there since the beginning … as they say keep dancing! I wish everyone and dancers all the best.” – TDT Attendee 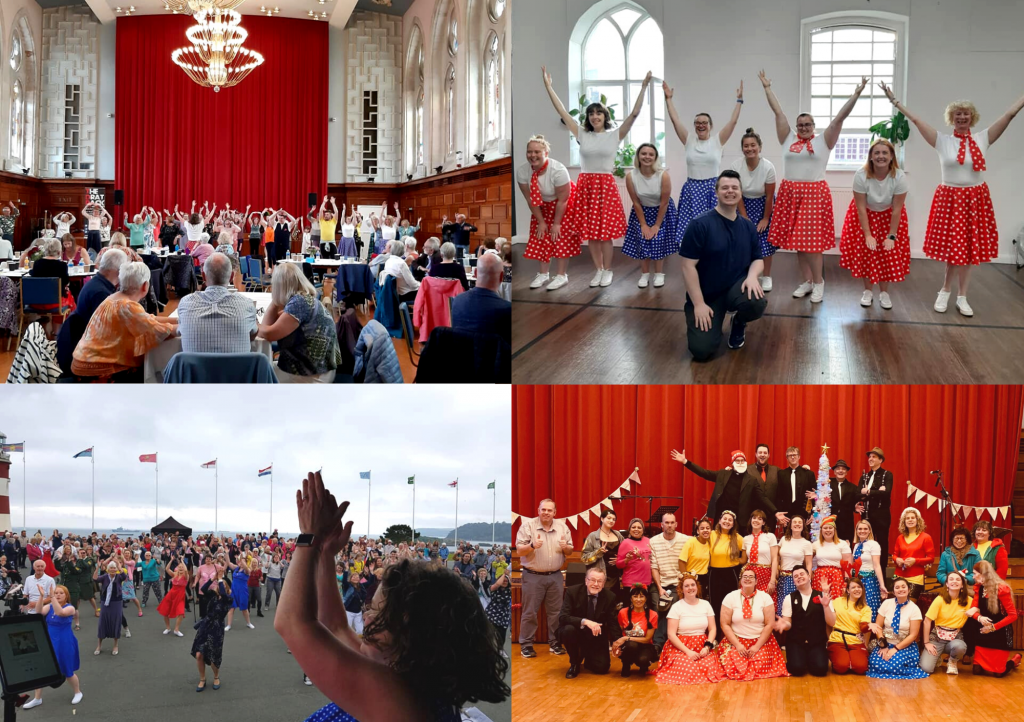 Plymouth Dance co-produced the Plymouth strand of The Imagination Museum: Mayflower 400 project, along with Made By Katie Green and The Box (Plymouth). The work brought to life stories and responses from museum’s historical artefactsand collections and heritage sites through fun and engaging dance performances and workshops. The subject focussed on a re-imagining of the historic story of the Mayflower’s voyage from England to America in September 1620.

3 Made By Katie Green company performers, along with 2 local artists (Kaitlyn Howlett and Kane John Mills) engaged 4 schools leading up to performances where they explored material all about the Mayflower. This was made into a dance film and presented in The Box in July 2021; during this time the 5 artists showcased the final dance and spoken word piece outside The Box, with 6 performances for the public over 2 days. 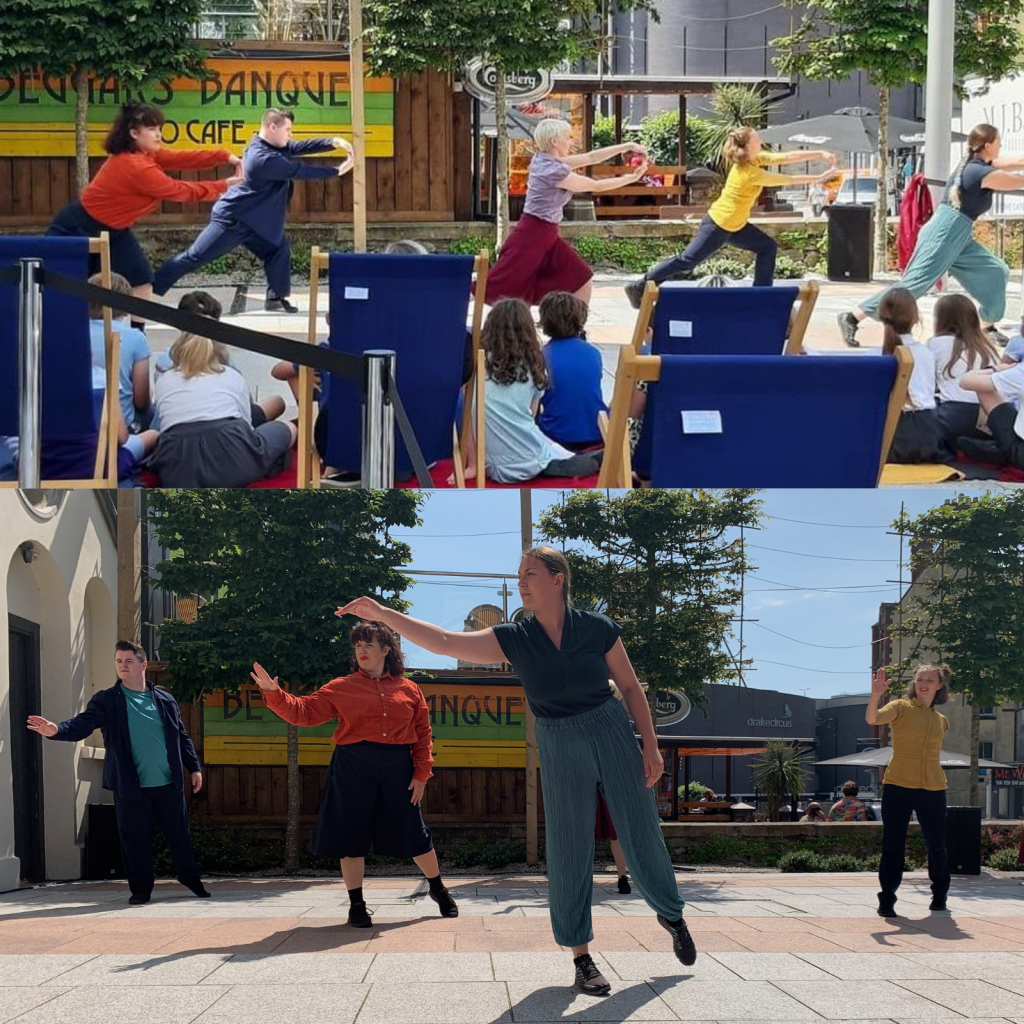 The Plymouth and Devon Racial Equality Council’s RESPECT Festival is an regular multi-cultural arts festival held in Plymouth’s city centre, celebrating the culture of the diverse communities of Plymouth. Performances and workshops have included dance, spoken word, music, costume design, parade, performance & carnival arts. In response to the pandemic the festival in 2021 took place virtually and in 2022 the festival became a 1-day hybrid live & digital event, allowing it to reach even more members of the community.

Plymouth Dance has curated and delivered the Dance and Music Programme for the past 4 RESPECT Festivals, including the virtual events in 2021 and 2022, which you can see on the Plymouth Respect Festival YouTube channel. 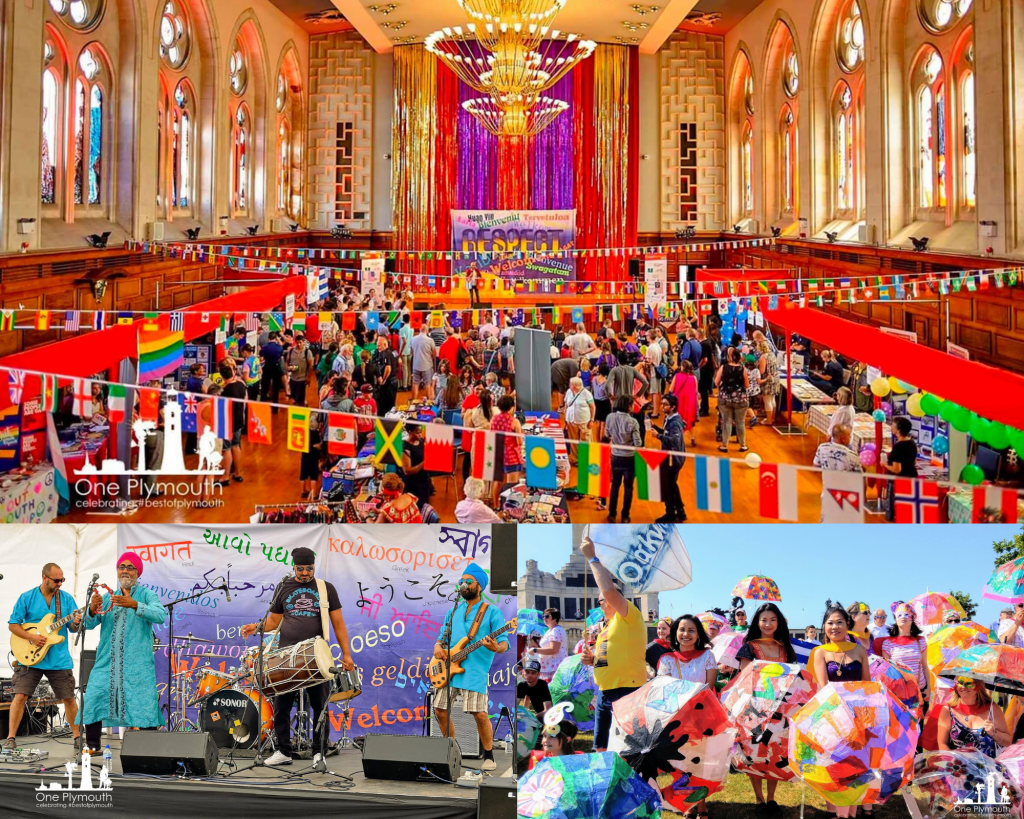 To read the other articles looking back at the archive of Plymouth Dance’s projects click here.