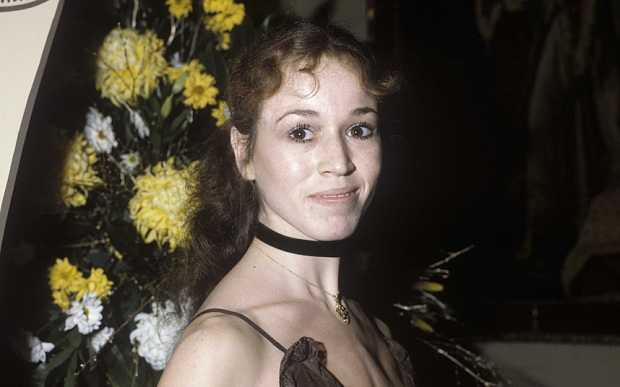 Bryony Brind, who has died of heart failure aged 55, made world headlines in 1982 when, aged just 22, she was picked out of the Royal Ballet’s junior ranks by Rudolf Nureyev to become his partner at Covent Garden.

Only half his age, the coltish Bryony Brind seemed to represent a fresh kind of British ballerina, but in the pressure of public glare her career faded in less than a decade. She then acquired a new celebrity when she stepped out (platonically) with Prince Michael of Kent and became the romantic novelist Dame Barbara Cartland’s daughter-in-law.

Thin and long-legged, Bryony Brind was physically striking, and won one newspaper’s accolade as one of the most beautiful women in London. In classical ballet roles she was more ethereal-looking than the usual British physique, and her leanness and flexibility were well suited to contemporary ballets requiring all-over body tights.

She emerged at a time when the Royal Ballet was regarded as having lost some of its classical finesse and lustre under a new contemporary-minded artistic director, Norman Morrice. Her debut in the leading role of Swan Lake at Covent Garden, aged 21, was acclaimed by relieved critics and a public longing for fresh faces after a decade of over-familiarity with senior ballerinas.

The following year, when the 44-year-old Nureyev was invited back to the Royal Ballet to stage the classical La Bayadère: Kingdom of the Shades, he chose Bryony Brind to be his ballerina, even though she was still a junior dancer. It was not an unmitigated compliment. Nureyev was aggrieved at having been passed over as artistic director, and he said about his return: “She is the best bet. I have come back to this bucket of s—.”

Yet he maintained his faith in the young ballerina and later that year asked her to dance the sensuous Siren who seduces the Prodigal Son (played by Nureyev) in Balanchine’s The Prodigal Son, and he cast her as young Miranda in his new ballet The Tempest.

But his attention did not last, and when in 1984 he returned to La Bayadère at Covent Garden again, he took the leading role with the rising French ballerina Elisabeth Platel and relegated Bryony Brind to a subsidiary role among the Shades. Although Bryony Brind took the leading role on another night, it was prophetic of the rollercoaster her subsequent career would become.

Born on May 27 1960 in Plymouth, Bryony Jane Susan St John Brind was the elder child of Major Roger Brind of the Royal Marines and Jennifer (née Grey), and trained at the Royal Ballet School, where, with her androgynous body, she seemed to herald a fresh new kind of ballerina.

She and her contemporary and then lover Ashley Page (later a resident choreographer at the Royal Ballet and Scottish Ballet’s director) were fast-tracked into leading roles, sparkling in Jerome Robbins’s Afternoon of a Faun, and then being chosen by the American choreographer, Glen Tetley, to head his athletic new creation for the Royal Ballet, Dances of Albion: Dark Night Glad Day.