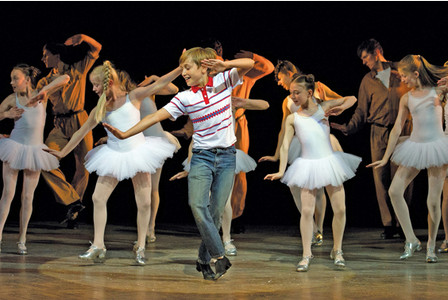 WHO says never work with children? Jessica Ronane has made a career of it as a children’s casting director on a near continuous search for the UK’s best Billy Elliots.

Set in a Northern mining town, against the background of the 1984 miners’ strike, Billy Elliot is the story of a young boy’s struggle against the odds to make his dreams come true.

The musical has been delighting audiences across the world for a decade but, unbelievably, has never been on a UK tour.

That is until next year, when it debuts at Theatre Royal Plymouth before heading out on a year-long country-wide run.

As children’s casting director, Jessica has chosen some forty British Billys to play in the smash-hit West End show and now she’s casting for the tour